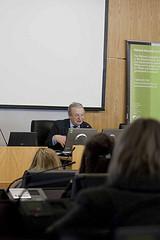 The first task You must perform is to fix inflation thermometer, but this does not seem to advance the good path. A. more than three months of the inauguration of Cristina, still not clear when will debut the new index (in fact was not necessary a new index since it conformed to international practices.) Only had to adjust the basket according to the household expenditure survey conducted during 2004-2005). You may be ready in April, perhaps in May. The worst case, is that there is no guarantee that the new index clearly reflects the reality of the prices in the Argentina. There are many doubts and questions such as: will be provided for the Argentine Government to reflect a greater than 20% inflation when it currently recognizes less than half? Will the Argentine Government be willing to bear such cost in terms of services of the debt that it would imply? And if willing to do so: how will do against the payment of similar services with a closed capital market debt for Argentina? But assuming that it progress in the improvement of the measurement of inflation, the second aspect that the Argentine Government must meet is dismantle so price agreements allow the relative prices of the economy to be recomposed. As with a good indicator of inflation and prices without distortion, you can go in search of the real causes of inflation to be able to attack them from its origin. The first thing the Government should do is to get fiscal policy and monetary policy to do its part in the fight against inflation.

Fiscal policy should strengthen its surplus and keeping under control the growth in spending, while monetary policy must keep under control the growth of monetary aggregates. Clearly also, should generate policies that encourage the aggregate supply, which are clear and stable long-term, generating institutional stability. Assume that the energy problem must not be neglected since this directly affects the expansion capability of aggregate supply. She is clear that the task is not easy. With all this enumeration is what I intend to make clear that, to my mind, so in Argentina you can get back on track the inflationary problem, the Government of Cristina should give up on many fronts and generate an almost radical policy change. I’m not stupid and I know that the odds that this is so are very low (and declining as time passes since the costs increase).